...each of us can contribute to a more sustainable world

NF-POGO Centre of Excellence hold at the Alfred-Wegener-Institute.

Well-managed oceans and seas are pivotal to the future of mankind. We depend on the ocean for food, transportation, minerals and recreation. All maritime nations should participate in knowledge-based governance of the oceans. Education in marine science is a key to secure the oceans as a sustainable resource (official flyer NF-POGO Centre of Excellence).

Since 2008 the NIPPON foundation and POGO (Partnership for observation of the global ocean) are offering scientific training courses mainly for young scientists originating from developing or emerging countries. One of their programmes is called Centre of Excellence (CofE) and provides world class education for its scholars.

The main emphasis lays in the work in a multidisciplinary atmosphere build by scholars and lecturers from various research fields (e.g. marine biology, physics, and chemistry). In 2013 this programme is hosted by the Alfred-Wegener-Institute Helmholtz Center for Polar and Marine Research. The ten months training courses will be conducted on the offshore island Helgoland and in the Wadden Sea on Sylt. 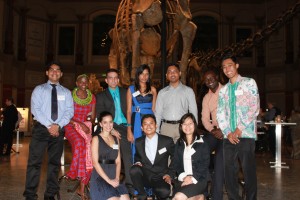 Inauguration event in the museum of natural history in Berlin. Photo: Sylvia Gisecke

In the beginning of December 2013 the first group of scholars arrived in Germany. Now we are working with 10 different nationalities (e.g. Togo, Cuba, Brazil, India, Tibet). Their first duty was to represent themselves and their research at the official inauguration event in Berlin. 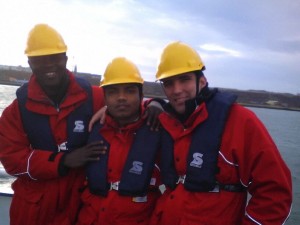 The scientific programme started after on the offshore island Helgoland.The young scientists are trained by experts of various oceanographic fields. Currently, they proceed samples which they took onboard their first fieldtrip with the research vessel Uthörn.

I do assist the project coordinator Dr Gerry Plumley organising the programme (e.g. scientific courses).  The guidance of the ten scholars during the training programme, however, is not only a duty, but also a very inspiring part. 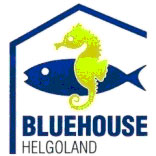